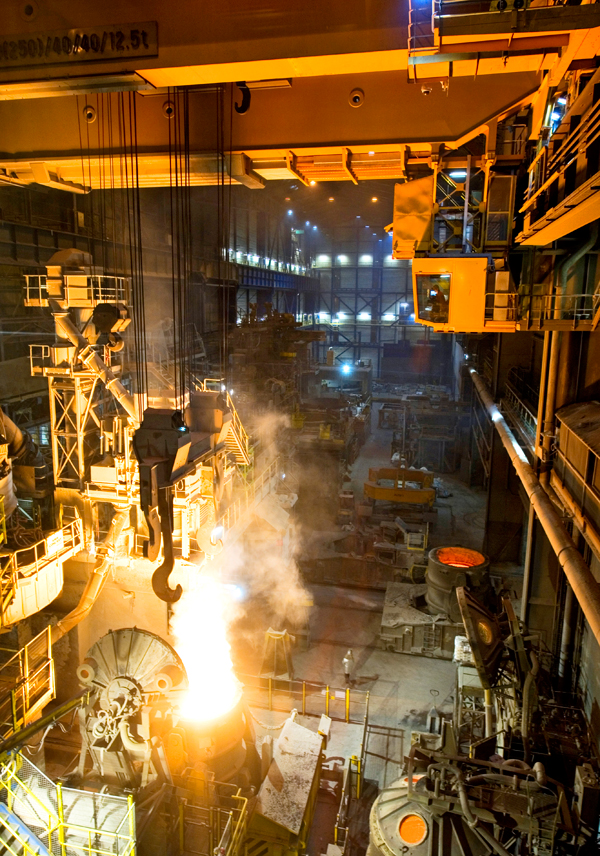 At the core of the Saint Saulve steel mill two new 250-ton casting cranes from Konecranes blend into the background like veteran actors alongside the site’s 450 employees. Created in 1975 and modernized in 2008 with a liquid steel “continuous curve casting” to improve productivity, the Saint-Saulve site of Vallourec Tubes France produces 250 grades of steel near Valenciennes, the birthplace of the French steel industry, and 50 kilometers from Lille.
In 38 years, the site has increased its productivity, manufacturing more and more sophisticated steels; quasi customized, supplying round bars (up to 12 meters long) to the Vallourec pipe mills, which deliver seamless tubes to the petrol, gas, electric power, and building industries… 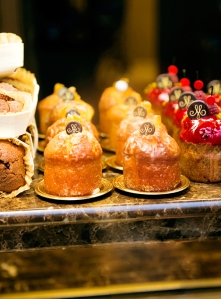 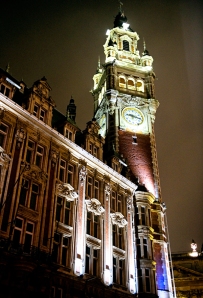 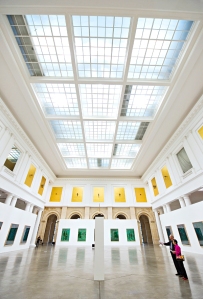 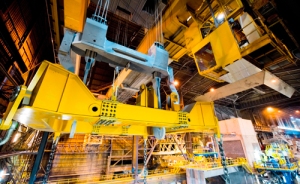 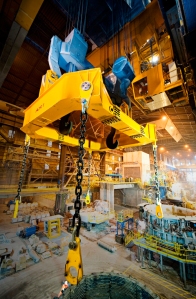 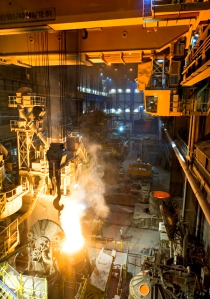 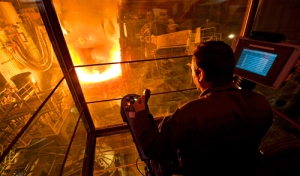 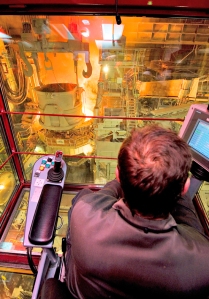 Doing more with less
Situated at the core of the plant, and of the Vulcain Project with its focus on safety, quality, and productivity, the two cranes lift and deposit 160-ton ladles of molten steel and move the 250-ton furnace tanks “according to the requirements stipulated to Konecranes for the purposes of modernizing the site,” states Adolfo DS, Konecranes’ Crane Process Sales Engineer in charge of this client’s project.

Valloumec Tubes France asked for increased lifting capacity without an increase in forces affecting the building structures, so as to avoid having to reinforce it,” says Silva.
In fact, the old cranes could lift only 230 tons, and the molten steel ladles weighed only 150 tons.

In order to respond to the new request, Konecranes has implemented a crane solution involving four bogies on each side of the crane while simultaneously reducing the weight of the crane. The distribution of loads on the girders is thus better and made it possible to keep the existing runway.

Less is better
Assisting Valloumec in its efforts to protect its building, Konecranes has also provided its DynaTrak crane skewing management software. Why? DynaTrak makes it possible to avoid contact between the wheels flanges and runway rails, thus offering reduced horizontal forces on building and crane structures, a customized solution that is crucial for the Vallourec steel mill.

First handling
The commissioning of the new cranes took place in March and May 2013, after tests and the dismantling of the two previous cranes (with only one week of suspended production)…
La suite sur le lien en haut de post
FACT SHEET

A team at the top
15 crane operators are working in shifts on a 3×8 basis (continuous operation) to drive the site’s large cranes. Christophe Debry, polyvalent Crane Operator for the past four years: “What makes my life easy in the cabin of the new crane? The view, for one; there are more windows and fewer supports; I can also see well beneath my feet. There is only one control lever, instead of five. Synchronization during lifting is very important when we switch furnaces. Driving assistance is programmed well. And we really have more space: five of us can be there during safety audits”.
A second crane operator likes the red color of the cabin; he’d had enough of the yellow! For another trainee crane operator, it is a good day when “we produced well, without incident or material damage” agrees Thierry Bequet with a smile. He is involved in the Vulcain project on the exploitation side, reflecting the consistency requirement in terms of the Maintenance, Exploitation, and Design Office services.

Nord: a revival
The Nord-Pas de Calais is undergoing a promising cultural revival from Valenciennes to Lens, and even to Lille. The region, close to Belgium, was once affected by the crises in the textile and metallurgic industries.
Since 2007, the Concorde has dominated Valenciennes (43,000 inhabitants). This 47-meter-high arrow, a stylized image of the town’s former belfry, was erected on the Place d’Armes, which was bombed during the Second World War. It is the spearhead of the revival, just like the Phoenix. The aptly named theatre is a red and black building that resembles a boat and was created on a brownfield site, which was once a metallurgical factory belonging to Vallourec.

Not far away is the renovated Fine Arts museum, housing the third largest collection of Flemish art in France. This trio (the arrow and the two buildings) is the symbol of a region’s comeback: From 1965 to 1985, the Valenciennes region lost 40,000 jobs. Now you see renovated facades, clean pavements, and old sites in the area transformed into mining heritage centers. In the streets of the town center, the metamorphosis is visible, and highlighted in the evening with multi-colored lighting.

Thanks to the efforts of the municipality, Lille (233,000 inhabitants), capital of the welcoming Ch’tis (as the inhabitants of the Nord region are called), is also making a comeback after the multiple crises suffered by the textile and coal industries.

A promenade in Lille
The city was the 2004 European Capital of Culture and maintains that spirit with large cultural events, such as Lille 3000 (a biennial cycle of events) and exhibitions linked to Tri Postal, an art space in a former sorting facility between the two train stations.

We take a pleasant walk through the pedestrianized streets of Old Lille, starting from its Grand Place, to the Renaissance houses with elegant saw-tooth gables, all the way to the splendid old Stock Exchange and Chamber of Commerce belfry. We pass by the Fine Arts museum, the second largest French collection after that of the Louvre, with at least 35 masterpieces to see. As a bonus, you can enjoy free contemporary art under the skylights in its Atrium!

At Meert, an elegant patisserie from 1761, you can choose a vanilla waffle or other specialty. In the evening, you can find draft beer in one of the small cafes that offer beer from French and Belgian micro-breweries, such as the Moulin d’Or, place du Théâtre, a former haberdashery from 1813, with fanciful decoration and a view of the Opera.

The last argument in favor of this territorial revival is in Lens: In 2012, the Louvre opened a satellite museum in this deprived town in the mining region, which received a new breath of life…